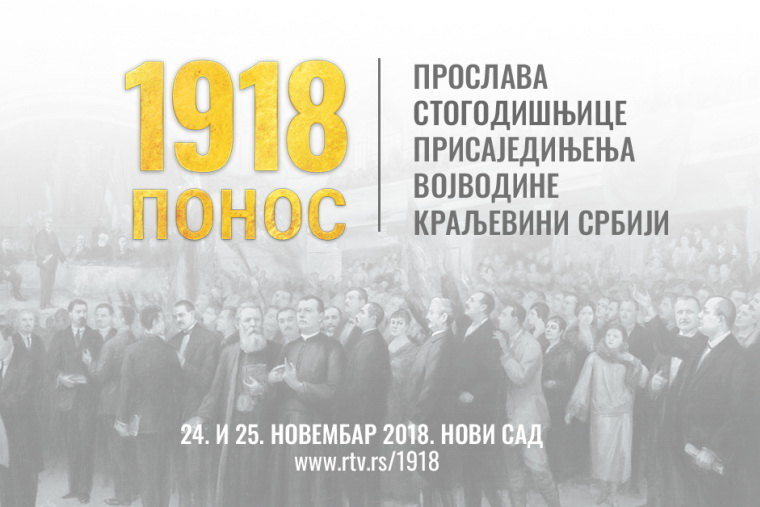 On the occasion of the centenary of the end of the Great War and the annexation of Vojvodina to the Kingdom of Serbia, the Provincial Government will mark these significant anniversaries with a series of events in Novi Sad on November 24 and 25.

For that occasion, on Saturday, November 24, at 10h, the Interactive Exhibition “1918” will be opened in Zmaj Jovina and Dunavska Street, which will consist of several multimedia and other entities dedicated to the most significant people and groundbreaking events of the World War I and the Annexation of Vojvodina to the Kingdom of Serbia.

On Sunday, November 25, at 10h, the “Museum of the Annexation of Vojvodina to the Kingdom of Serbia” will open, which will be a permanent exhibition with a series of artifacts that authentically testify to the great historical event and its participants, as well as to the centuries-long struggle of the Serbs for political and other rights.